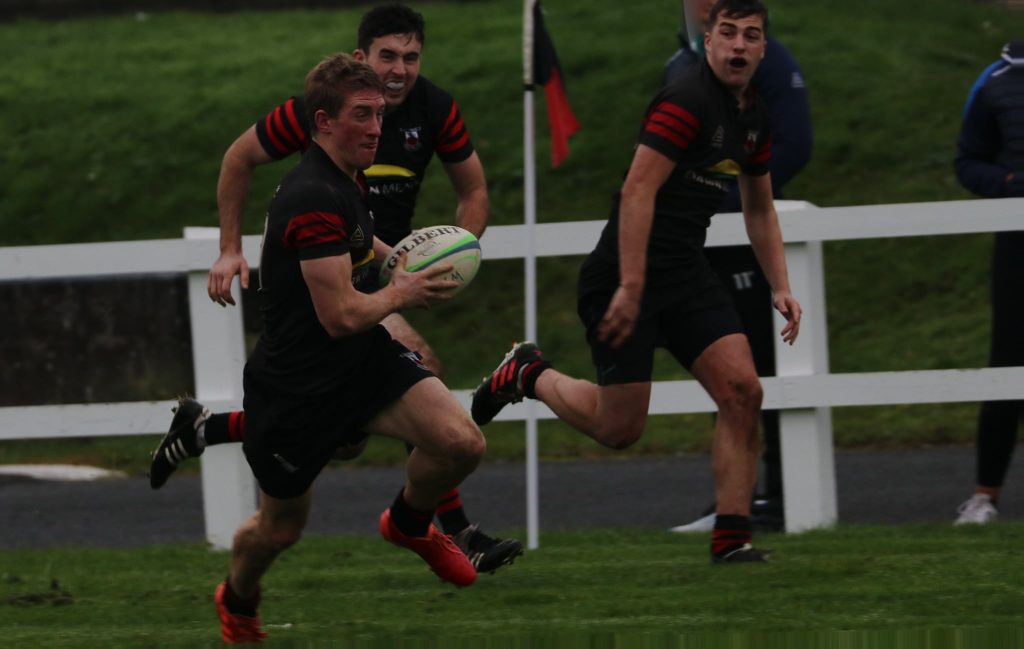 A  dramatic try in the last play of the game from Bandon’s Gearoid O’Leary broke Waterpark hearts and maintained Bandon’s unbeaten start with a 13-10 away win.The result leaves the Ballinakill side 4 points behind the West Cork side with two games to play in this section of the league. However a top four finish is virtually secured with the losing bonus point.

From the kick off Waterpark attacked with a great break from No8 Alex Deegan which gave the home side good field position but the visitors defence held firm. With both sides looking to move the ball the large crowd were treated to some great attacking rugby and some strong defence. Bandon opened the scoring when second row Enda Phelan scored from a well worked lineout on the Waterpark five metre line. Scott Nolan replied with a try for the home side after he broken through a number of tackles. Willie Walsh added the extras. Waterpark were on top at this stage with the forwards taking control up front. Walsh added another penalty just before half time when Bandon were caught off side in midfield.

The second half was a tense affair with the defence from both sides outstanding. Full back Kerry Desmond kicked a penalty for Bandon when the home side were penalised at a ruck, which also saw Nolan receive a yellow card. This gave Bandon the upper hand and some resolute defence from Waterpark lead by Kevin Phelan, Conor Horan, James Kiersey  and Rory Hanon kept the visitors at bay. Just when time was up a great backline move from Bandon provided O’Leary the time and space he needed to give the visitors the points.

A super game and a great advertisement for local rugby from two committed sides given all for their clubs. The next round of games will take place on Sunday 28th November when Waterpark entertain Mallow in Ballinakill. 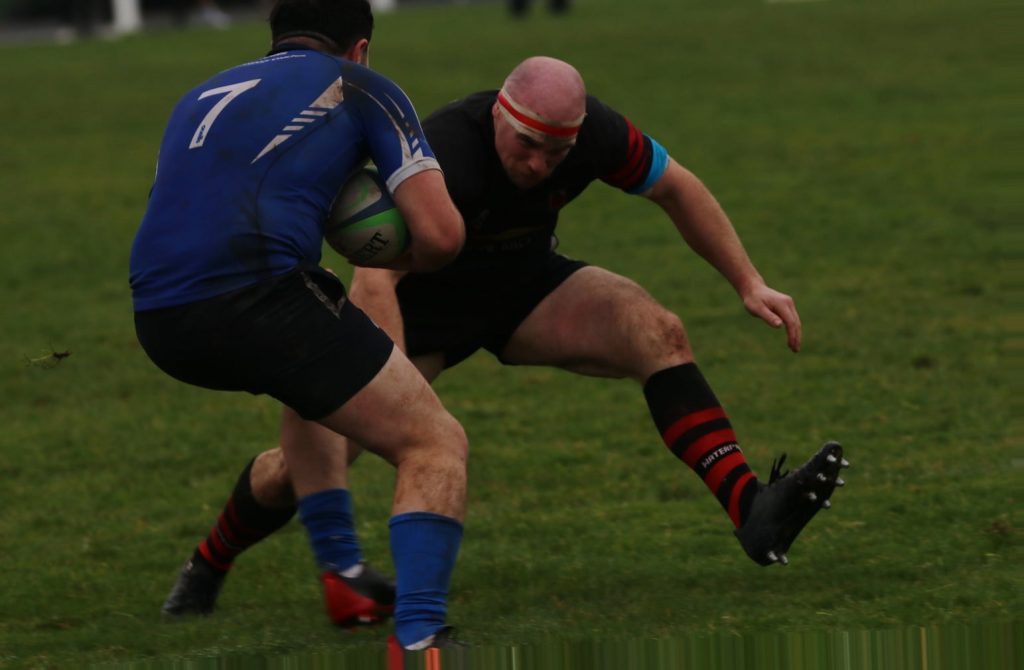